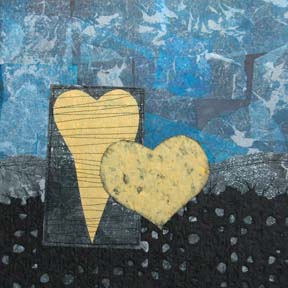 Let me add my voice to those who are praising Pixar’s Inside Out as a great movie for the cross-cultural community. I think we’ll be showing clips of it to expats, repats, and TCKs for a long time to come. (If you’ve not seen it and don’t know what it’s about, I suggest you read Kay Bruner’s discussion of the movie, from a counselor’s point of view.)

I hope that someday Inside Out is made into a Broadway musical. I’d like to hear Sadness and Joy sing a duet at the end.

My wife and son and I saw the film in the theater a few weeks ago. It was rather cathartic, as the past several months have been a time for us, like Riley in the movie, to deal with our emotions—while our emotions learn how to deal with each other. It’s been an especially difficult time for my wife. Her father died in March, and then a brother died last month.

Those events have brought back memories of difficulties we faced while we lived overseas. During our time outside our passport country, we experienced the deaths of my wife’s mother and another brother and of my father.

When you lose loved ones, it can trigger so much emotional confusion. When you live far away from them, a whole other set of complications come into play.

It’s not just losing someone we love, it’s often losing the opportunity to say Goodbye or the ability to grieve together when traveling with the whole family isn’t possible.

When should we go back? Who should make the trip? How long should we stay? What if we don’t meet others’ expectations? What are the rules?

And when sadness comes into the life of the missionary, it is so easy to ask, “Where is my joy?”

In an audio presentation at Member Care Media, Dr. Steve Sweatman, president and CEO of Mission Training International (MTI), discusses the losses experienced by cross-cultural workers and how to deal with the ensuing grief. He tells the story of a Christian worker named John who came to him for counseling. While serving in central Asia, John had experienced both concrete and abstract losses: He had lost his status and effectiveness as a youth pastor in the US. His wife had had two miscarriages. And he and the rest of his team had been forced to evacuate their host country with little hope of returning.

I know that all things work together for the good. I know that the joy of the Lord should be my strength, but it’s not. I know that I’m going to see my unborn children in heaven. I don’t want to commit suicide, but I . . . um . . . wish that I wasn’t alive.

Sweatman went on to talk with John about the way his family had taught him to deal with grief as he grew up, and then helped him learn how to grieve in a healthier way. Healthy sadness, says Sweatman, is the “antidote to depression.” It includes two important steps: acknowledging our losses to God and expressing grief publicly to allow others to “be the arms of God.”

When John said, “I know that the joy of the Lord should be my strength . . .” he’s referring to a verse from Nehemiah 8. But I’m more familiar with the phrase “The joy of the Lord is my strength [clap, clap, clap]” from the peppy song of the same name. What happens when we don’t feel the Lord’s joy? James says, “Consider it pure joy, my brothers, whenever you face trials of many kinds” (James 1:2, NIV). Can we be sad or afraid or confused, and still have joy?

I’m so glad to have come across a new rendition of “I’ve Got the Joy”/”Down in My Heart,” by The Autumn Film (later Page CXVI). Tifah Phillips, the group’s vocalist writes on her blog how she wrote “Joy.” It happened the night of her father’s death, as she sat at the piano, “the only place that felt safe that night to me”:

I remembered my eyes were blurred with tears and I literally began to play the now familiar progression of Joy. I kept cycling through the progression and then, as if it had already been written, I began to sing a different melody to a song I sang in VBS as a child, “I’ve got the joy, joy, joy, joy down in my heart. . . .” The truth is that I was terribly and profoundly sad. The reality of grief had not even entirely hit me yet. But at the same moment I had a deep sense of peace. He was no longer in pain. He was no longer sick. He was free from all his ailments and restored. Although I still miss him, I know that God has weaved redemption through death into my father’s story.  That brings me great joy. It was not until grief became a part of my story that I realized that joy is not simply an expression, but an attitude and acknowledgment of the deep peace of knowing a Savior.

If Sadness and Joy from Inside Out were to sing a duet, we’d get to hear the harmony of their two voices. But of course, that song would happen inside someone’s head. What might their duet sound like if it were to come out in one voice? I think it might sound something like Phillips’ version of “I’ve Got the Joy.”

This is an adaptation of a post written for ClearingCustoms.net in 2012.

Craig and his wife, Karen, along with their five children, served as missionaries in Taipei, Taiwan, for ten years before returning to southwest Missouri. His experiences, as well as conversations with other cross-cultural workers, have made him more and more interested in member care and the process of transitioning between cultures. Craig blogs at ClearingCustoms.net. View all posts by Craig Thompson